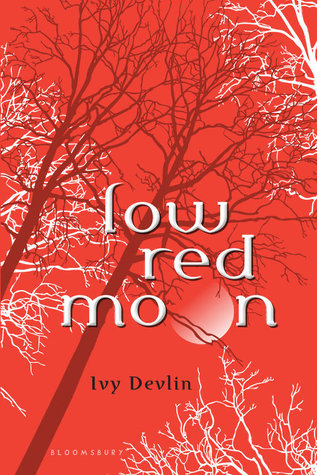 This is one of those books you would really want to have on your bookshelf, in print form, rather than just experience on the e-reader. With a gorgeous, glowing red cover, and red print used for page headers and illustrated footer, it’s beautiful to look at. I’ve not come across a regular paperback that splurges on using a coloured print before, so it is really worth commenting on, and, for me, reflects some of the quality of the book itself.

Avery Hood is found in the woods, by the remains of her murdered parents, covered in blood and with no memory of what happened to them. With the support of her previously somewhat estranged grandmother, Avery starts to try to pull her life back together, but events don’t make that easy. Used to living close to nature, Avery struggles to assimilate to life with her grandmother, and fights to keep her family home in the woods. Then a new boy, Ben, makes her feel things she has not experienced before, but she wonders if she can actually trust him, with the secrets he holds. And then there’s the mystery of her parents’ murder – is Ben involved, or is there some motive that Avery has not yet grasped.

In case you haven’t guessed by the title and the protagonist’s name, this is a riff off the Red Riding Hood fairytale, just one of many books, films and television programs currently riding the fairytale retelling wave, but Low Red Moon does it in a way that really just uses the bare bones of the tale as inspiration for the narrative. And while I did pick the resolution to the crime element of the story, that did little to detract from my overall enjoyment of the novel. Recommended, but do try to get a copy of the paperback – it’s lovely! 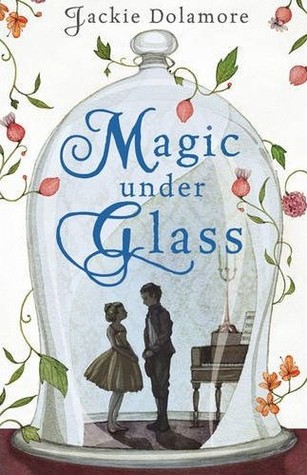 This is an impressive debut from first-time novelist Jaclyn Dolamore, but it certainly had a journey and a half on publication. After the cover debacle that raged on the Internet over Justine Larbalestier’s novel Liar, it was quite unbelievable to most that publisher Bloomsbury could turn around and make the exact same mistake AGAIN. The international version of the book originally showed a very light-skinned model on the cover, despite it being made very clear in the book that the protagonist Nimira is “dark and foreign” (p. 5). Furore erupted once again, and once again Bloomsbury pulled the cover, replacing it with a more appropriate model. Clever marketing or complete ignorance, it’s difficult to say, but it did get this book a significant amount of exposure it may not otherwise have garnered as a debut book. It’s worth noting that the Australian cover has avoided the issue entirely (just as Larbalestier’s did) by being a romantic-style artwork instead of using a live model.

Nimira is a “trouser-girl”, an exotically foreign dancer and singer down on her luck. Her life is changed when the upper-class sorcerer Hollin Parry employs her to sing with the automaton he has purchased. Nimira suddenly finds herself in a new lifestyle, with new prospects, but all is not well in Hollin’s house, and certainly not everything is what it seems with the automaton. Nimira soon discovers the secret of the automaton, which throws her newfound happiness into disarry – can Nimira solve the strange mysteries that plague the Parry household and still stay true to herself?

I found this book very easy to read – Dolamore’s writing is lush and elegant, without being overly flowery. The world she has created is many-faceted and full of surprises; I liked that it wasn’t excessively complicated and was simply presented. However, I’m not sold on this as a Young Adult novel (which is how it has been marketed) – Nimira is living a grown-up life and acts as an adult, including falling in love with men older than she who are CLEARLY adult. There’s nothing inappropriate in content – in fact it’s very sweet – but it just doesn’t hit my YA buttons.

Magic Under Glass is not presented as a series, but the ending is sufficiently open enough that more books are sure to follow. I shall look forward to them. 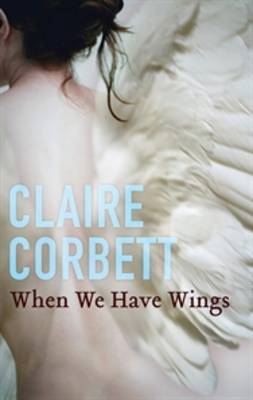 This book is a very interesting case from a marketing point of view – from what I’ve seen, it’s been marketed as neither science fiction nor young adult, and yet in could easily fit into both categories. Instead, the publisher seems to have been promoting it as a literary novel, which I can also see sense in, but given the content of some of the books I’ve seen shoved into the YA pigeonhole in recent years, I have to say I am a bit surprised they haven’t targeted that market. Still, I believe the book is selling well under their current marketing, so who is to complain!

When We Have Wings is an accomplished debut novel for Canadian-born Australian writer Claire Corbett. Sweeping in vision and scope, the story bounces between two very different points of view, that of cynical but solid private investigator Zeke Fowler, and a young nanny, Peri, who had risen to heights she could not have dreamed of from her humble beginnings, and then thrown it all away. Zeke is hired by Peri’s employers, high flyers (in all senses of the phrase!) the Chesshyres, when Peri apparently kidnaps their young son, and disappears with him into the wilderness.

The dual narrative shows both Zeke’s search for Peri, and the things he finds out about flier society along the way (which have a personal impact for him), and Peri’s journey to discover more about herself and the world she is now part of.

Part of what makes the story compelling is Peri’s role as carer for the baby Hugo – her love and concern for the child is believable and beautiful, even as she struggles with her desire to learn more about herself and her abilities, and grapples with her need to escape the flier world she has been thrust into. She refuses to abandon Hugo, even though her escape would be easier without him, and this love drives much of the narrative.

I thought Zeke’s story was perhaps the more interesting one though – the adult, living in a world he did not grow up in, trying to cope with the fact that his son could be, and may need to be, basically a different species to himself, if he wants to give him the best possible chance at a good life. While somewhat of a metaphor for any parent raising children in today’s technology-rich world, Zeke’s journey as a father is one of the more emotional aspects of the book, and I found it wholly convincing.

When We Have Wings is not perfect. I’m never a fan of overly young protagonists put in a situation of the kind Peri is – for me, if the story can be told with a slightly older character, I really don’t see the reason for making her that young, particularly as she rarely, if ever, behaves in a way that would make me believe that was actually her age. Additionally, I felt the book was somewhat overlong, and some events were unnecessary to the successful conclusion of the story being told.

Having said that, I think there were elements that Corbett got so right – the advancement of technology, and how that impacts on society as a whole, was spot on, an extrapolation to a not-too-distant future rooting exactly where we are today. And the writing itself is almost entirely wonderful – Corbett has a beautiful style and I would definitely read more from her.

In all, I would recommend When We Have Wings to lovers of science fiction, to literary fiction fans, and to readers looking to stretch their boundaries. It’s not a short book, but it’s worth the effort.

This book has such a beautiful cover that I’m certain readers will be picking it up just to drool over it, and hopefully, this will lead to them wanting to read it! It’s impossible to underestimate the value of good-looking covers and publishers of YA fiction need to sit up at take notice of these sort of examples, which really draw in the intended readers (ie: teenage girls).

Nora Grey’s life is pretty normal, until Patch comes along. Suddenly, weird things start to happen, and Nora finds herself struggling to not only understand what’s going on in her nice ordinary life, but also for her very survival. END_OF_DOCUMENT_TOKEN_TO_BE_REPLACED

Retro Review: The Girl in the Clockwork Collar (2012) 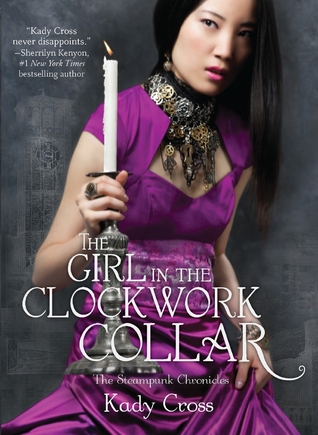 I discovered this series by chance, attracted by the gorgeous cover of the first book, The Girl in the Steel Corset, on the shelves of my local variety store. I picked it up on a whim, and absolutely loved it, so was delighted to be able to get a review copy of this, the second book, from NetGalley.

Finley Jayne has experienced a lot of life in her sixteen years. She’s not what you would call “normal”, but is working towards living her life as a whole person – rather than a conflicted creature not even she trusts – with the help of her “straynge band of mysfit” friends, including noble Griffin, super smart and sweet Emily, and strong and surly Sam. When the misadventures of their new friend Jasper take them to America, Finley and her troupe take on a new adversary, all the while still learning about their own abilities, figuring out how their friendships work, and discovering who can truly be trusted. END_OF_DOCUMENT_TOKEN_TO_BE_REPLACED